Why Should Your Business Avoid Interpretation Mistakes? 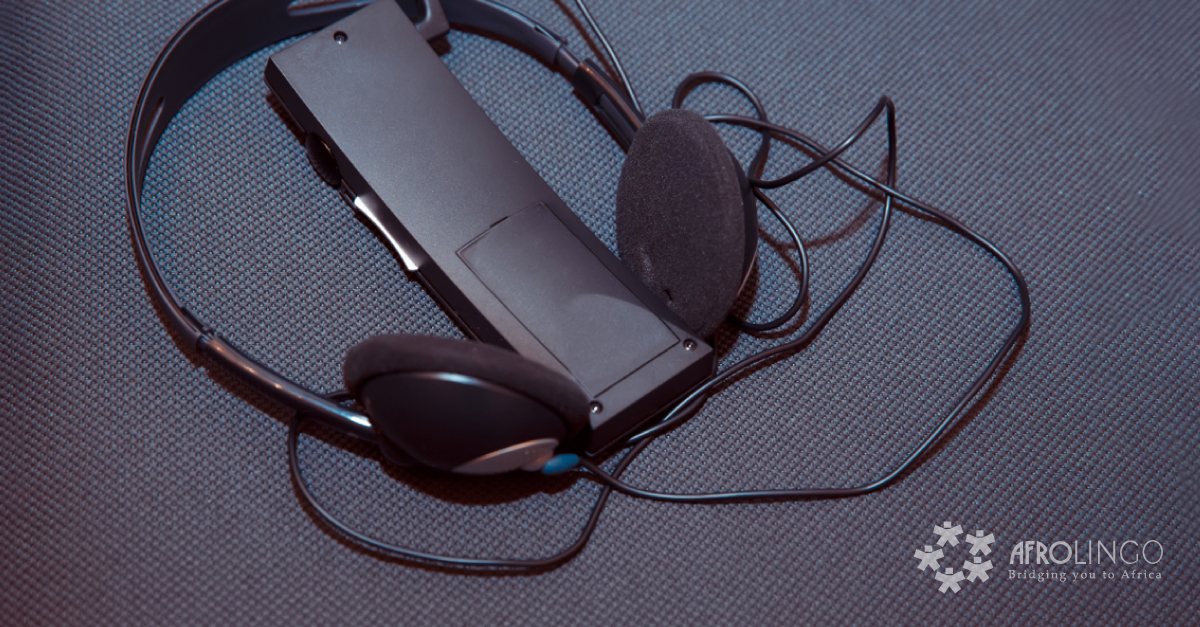 Worse, the damage might occur in the most sensitive area of your business ─ your brand image or company reputation!

So, did this happen before? Do we have examples on the ground?

Interpreting mistakes are common and they often happen when interpretation is carried out by unprofessional persons or agencies. Let’s have a look at some of the mistakes that have been made in the field of interpretation.

Nobody will forget the famous interpretation mistake that was made during a speech made by the First Secretary of the Communist Party of the Soviet Union, Nikita Khrushchev, at Poland’s Embassy in Moscow during the Cold War.

The Soviet leader said: “We will outlast you” in reference to the USA and the West. Unfortunately, the phrase was misinterpreted as “We will bury you”. This ridiculous mistake generated very bad consequences during such a tense time in the cold war.

In 2007, at a press conference in Orange-Egypt’s Headquarters in Cairo, which was attended by the Chairman of France Telecom, the atmosphere was ideal and the Egyptian pressmen were idly listening to a simultaneous interpretation of the speech of the then-chairman of Orange-Egypt’s holding company.

The simultaneous interpreter incorrectly translated the phrase “Orange services”, which means “services provided by Orange (the company)” into the Arabic phrase “خدمات برتقالية “, which means “services whose color is orange”! The headlines on the following day’s newspapers read, in Arabic, “The Egyptian market will soon witness new services whose color is orange!”

In 2006, an interpreter translated the words of Iran’s President Mahmoud Ahmadinejad saying that Israel should be “wiped off the map”. In fact, the Iranian president didn’t say that, but actually said: “the regime occupying Jerusalem must vanish from the page of time”. Blatant, isn’t it?!

In 1976, the American president Carter was speaking to a group of Polish-speaking people, and the simultaneous interpreter made several translation mistakes that shouldn’t have been made.

First, the amateur interpreter translated the phrase “I left the United States this morning” into “When I abandoned the United States”! As the audience laughed at the comic mistake, the interpreter went on to translate the president’s phrase “…I have come to learn your opinions and understand your desires for the future…” into “I desire the Poles carnally…”!

At a business meeting in Paris in 2009, a linguist who was interpreting from English to French thought for a minute when he listened to the slang phrase “ … I also adore dogs and pussies …”. After a while, she translated it into French. The meaning was “I also adore dogs and women’s genitals”. Fortunately, the whole audience burst into laughter!

At the end of the second world war, after the United States issued a warning demanding the surrender of Japan, Kantaro Suzuki, the Japanese Prime Minister, said in a press conference: “No comment. We are still thinking about it”.

Regrettably, the interpreter made a fatal mistake, translating it into “We are ignoring it in contempt”. The result was 2 atomic bombs falling upon Hiroshima and Nagasaki!

Two atomic bombs?! God! So, how on earth can the world avoid interpretation mistakes?

How to Avoid Interpretation Mistakes?

The type of interpretation error and its consequences vary from one industry to another. Sometimes the outcomes are humorous and inoffensive. However, the outcome occasionally may wreak havoc for the company’s reputation, image ─ and bottom line!

So, how to avoid these fatal interpretation mistakes?

The answer is simple and unequivocal. Smart businesses are increasingly relying on the experience and know-how of a professional language service provider LSPs.

We’ve wiped out interpretation mistakes from the map of our business thanks to our 12 years’ rock-solid experience in the 4 types of interpretation.

o   Consecutive Interpretation: Our expert interpreters have excellent language skills which enable them to deliver the perfect blend of approachability and professionalism.

o   Simultaneous Interpretation: We’ve got the most rigorous process, the most experienced team of interpreters in addition to highly advanced interpretation equipment.

o   Over-the-Phone Interpretation (OPI): We’ve been providing this type of interpretation for top-notch clients for 12 years.

o   Video Remote Interpretation (VRI): Our interpreters have special skills in this area.

We offer second-to-none interpreting services for a wide diversity of industries and sectors, including education, business, medical & healthcare, government and non-government organizations and legal throughout South Africa and other African nations.

At AfroLingo, interpreters are not hired to do their job haphazardly or randomly.  Our network of interpreters has been carefully chosen based upon each interpreter’s professional and educational qualifications, job history, and subject matter expertise ─ legal, corporate, medical, government, etc. In fact, we search the planet for the best interpreters, then provide them with unceasing training.