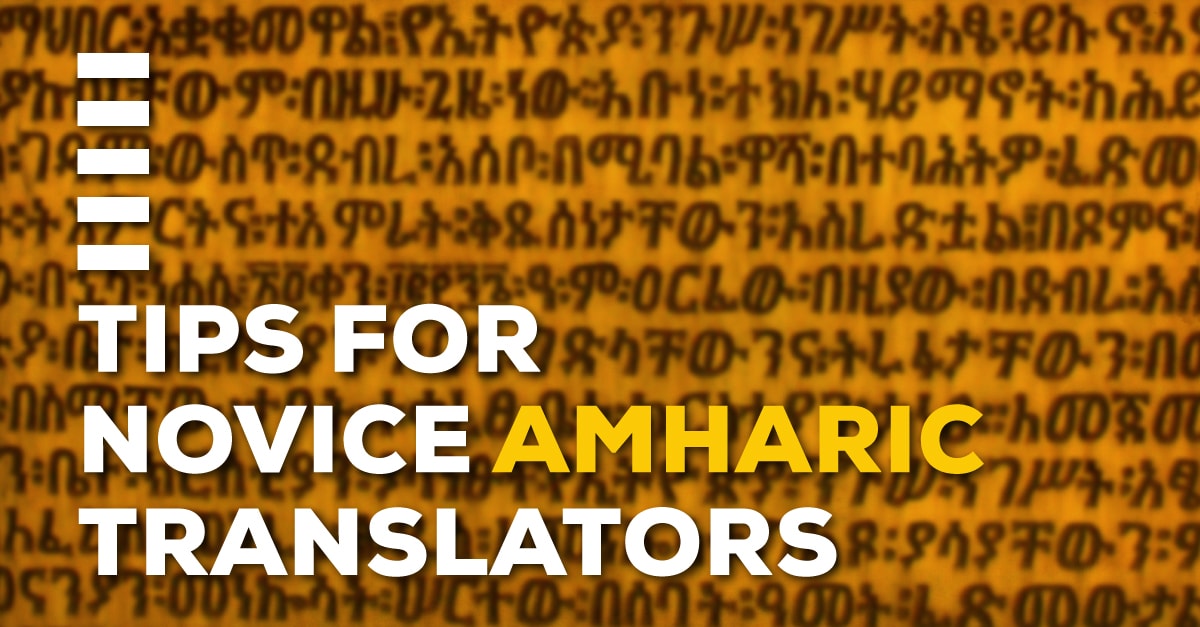 Reading is without a doubt the one sure way of keeping your brain active when learning a language. It is no surprise that the most adept experts of Amharic translation often read both Amharic and the target languages very often.

Having thorough historical knowledge of a language may seem extremely irrelevant but is the first and most important aspect of successful Amharic translation. This is because it gives you a comprehensive understanding of the use of the language as a whole and helps you develop a clear understanding of its grammar. It is essential to know about its family and how it relates and differs from other Semitic languages of the Afro-Asiatic family.

Most fluent speakers of Amharic can try their hand at Amharic translation service just from their knowledge alone of Fidel, Amharic’s script. This unique writing system uses each character as an amalgamation of a consonant and vowel. Deciphering this can be quite daunting to a beginner first trying to translate Amharic. The trained eye however can completely ignore the vowel symbols and use the three consonant roots in a character to discover the meaning of the character. Therefore, understanding this writing system will go a long way in helping a beginner Amharic translator.

Know Its Grammar Inside Out

One of the tenets of the English language is that the subject has to agree with the verb. This rule also holds true in the Amharic language. The subject-verb agreement rule is just one of the many similarities Amharic shares with English. One venturing into Amharic-to-English translation will indeed enjoy this shortcut.

To be successful at Amharic translation, you ought to know the basic conversational skills in both Amharic and your target language. You should be in a position to translate basic greetings, introductions, food and numbers at a moment’s notice both in written and spoken text. This will truly help you in mastering the art of Amharic translation.

Reading is without a doubt the one sure way of keeping your brain active when learning a language. It is no surprise that the most adept experts of Amharic translation often read both Amharic and the target languages very often. This is one area where native speakers often go wrong as they stop reading the texts in their language. Libraries are full of Amharic texts. You should dive into these books just as much as books in your target language if you want to be successful at Amharic translation.